The History of European Mediterranean Nature:
the Impact of Man

National Parks and the phantom of ‘wilderness’

National Parks originated in the nineteenth-century United States. Americans were obsessed with the idea of Wilderness: the belief that there existed parts of the world where ecosystems were unaffected by human activity. They thought their early National Parks, like Yellowstone, were examples of wilderness: they failed to understand the part played by American Indians in the development of such places. It was their policy to banish the local inhabitants and to try to forget that they had ever existed.

To some extent this attitude was transferred to Europe. As recently as 1962 the Samariá National Park was instituted in Crete. The inhabitants were expropriated, and visitors were invited to suppose that the Samariá Gorge was wilderness: to forget the illustrious part which it played in Greek history, and its archaeology which goes back to the Neolithic.[1]

Fortunately, in this Congress it seems to be fully understood that wilderness is an illusion. All the Mediterranean, including National Parks, is cultural landscape: the result of thousands of years of interactions between the environment (especially climate and mountain-building), plants, animals, and people. Even Palaeolithic people, who did not cultivate the soil, already had a profound ecological impact by exterminating elephants from the mainland.

The nature of human activities
Effects of people overlap with changes of climate, and it is difficult to separate them. When the first Neolithic farmers began to cultivate land and keep domestic animals the climate was wetter and less seasonal than now, so that the lime-tree, for example, was common in Crete. The Aridization, which gave rise to the present Mediterranean climate, took place gradually during the fifth to third millennium BC (later Neolithic and Bronze Age): it affected Italy less than Spain or Greece. Since then, there have been several fluctuations of climate, such as the phases of the Little Ice Age in historic times. 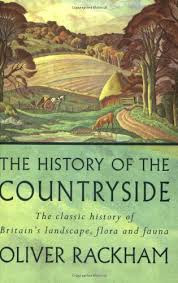